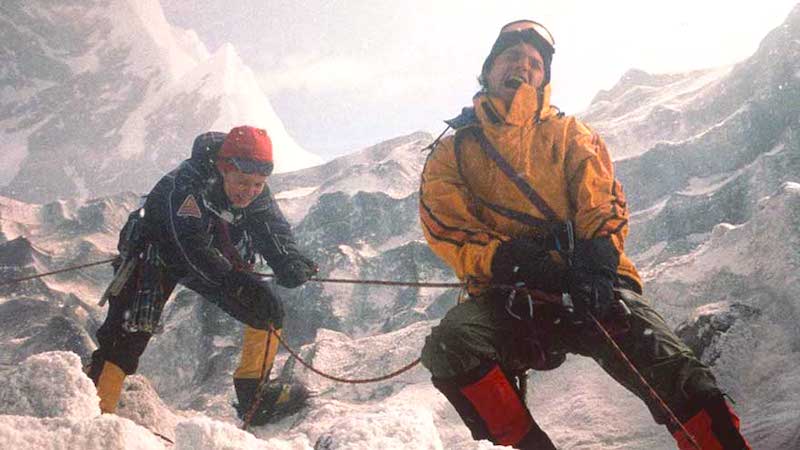 After a breathtaking rise, the surf-adjacent website The Inertia peaked The Inertia: “Pairing thought leaders from different spheres to tackle our most pressing topics and mobilizing innovators as a force for good! “

On paper, Carissa Moore came to Haleiwa as a favorite. At first, his local knowledge and powerful style seemed unbeatable.

Now, the paper is paper, and the water is wet, and that’s not the way it was.

Instead, Bettylou Sakura Johnson has just scored the biggest result of her career so far. Currently 16, Johnson won Haleiwa after beating Moore, Gabriela Bryan and India Johnson in the final. She also qualified for TC 2022, having started the last event of the Challenger Series ranked thirteenth. It’s quite a race.

I know you all are already terribly nostalgic for the Triple Crown of the Elderly, but it is totally over. We now have Haleiwa for women! Suck it, brothers!

As for the new Triple Crown School, however, I find it hilarious that no one in surfing seems to know what to call surfboards that aren’t thrusters.

Really, someone with a brain, who won’t be me, should probably understand all of this. We can also keep doing caveman growls and pointing the fins like, look, surfboard, fins, go fast. Its good. We will survive anyway.

Return to Haleiwa for Women.

There were lots of surprises. I enjoyed this Women’s Challenger Series for the tight standings, hard-fought heats, novice surfers and unexpected performances. It’s been a good time.

In the second round, Alyssa Spencer narrowly beat Moore. Spencer’s backhand looks spicy and that propelled her to the semifinals. Once there in a rematch with Moore, Spencer couldn’t make lightning twice. She came out, having finished third behind the five-time world champion and Bryan.

I can’t find the exact stats for Caity Simmers, but she’s a tiny human. Apparently she was nervous about surfing in Hawaii, and she looked unusually shy there on her second run. For such a small chip, Simmers can surely bury a rail. But she couldn’t quite put the pieces together in Haleiwa and came out in the third round. All the same, Creative Simmers should be fun to watch on CT next year.

In the fourth round, Dimity Stoyle descended from the top to discover Leticia Canales Bilbao paddling directly into her line. It was definitely a Wavestorm de Canales move, and she should have paid more attention to the surfer coming into the line. An obviously angry Stoyle gave him a chat in the back. The judges didn’t rule it as interference, but it potentially cost Stoyle his chance to move forward.

The last round of the second round gave a punch with Johnson, Caroline Marks, Coco Ho and Amuro Tsuzuki. Johnson threw hard and won it with a score of 16.23. Marks looked undernourished, just like she had done during the 2021 CT events. She was fourth. It would be nice to see her find the same success she brought to her rookie year on the Tour.

Meanwhile, it was heartbreaking for Ho. She narrowly failed to advance after leaving the door open with a 4.73 save score. A savvy heat surfer, Tsuzuki beat her and put an end to Ho’s re-qualification hopes.

I’ll be honest and admit I went for lunch during the quarterfinals. I never claimed I would watch every round!

Sometimes a girl just needs a sandwich. You know how it is.

In the first semi-final, the two Hawaiians Bryan and Moore won. Moore won it in an imposing style with a pair of eights. Bryan left the door open slightly, with a 7 and a 4.5, but neither Spencer nor Tahitian Vahine Fierro were able to pass her. In another heartbreak, Fierro only needed one more round to qualify.

The second semi-final? So close. Johnson took the lead early, only for Robinson to pass her by less than a point. Both moved forward. Robinson has the power to burn and a strangely hypnotic body twerk in his turn.

In his comeback event, Peterson got the wave’s highest score in a single wave, but couldn’t save it. His strategy of never saying die was on full display and Peterson continued to give up until the buzzer sounded.

Picklum, meanwhile, never found her rhythm in increasingly stormy conditions and did not challenge the leading duo. It surprised me after seeing his previous heats. I love his style, actually.

By the time of the final, the tide had exuberantly turned sideshore. The lineup looked more messy than ever, with more closures than open faces on offer. I love junk surfing, as you know. I’m pretty sure I would have gone for coffee instead.

The final featured a lot of wave searches and relatively low scores. Robinson only had a Heat score of 2.00. It wasn’t easy to decode there, that’s what I’m saying.

But Johnson managed to do it. I remember watching her playoffs in Huntington and thinking she needed better waves. She looked overkill for the Huntington Hops. In fucked up Haleiwa, she shone.

The heat started off fairly predictably with Moore in the lead. She effectively put together a pair of fives, no doubt hoping to improve them. Before she could go much further, starving pair Johnson and Bryan began to narrow their lead.

With over 20 minutes remaining in the heat, Johnson clocked an eight-point run. And it was the heat. Conditions got worse – rain, wind, locusts, and what have you. Bryan found a six to take second, but there wasn’t much to do there.

Haleiwa scored Bryan’s third runner-up in all four Challenger Series events. She also won the general classification. Winning at home would have been a fairytale ending to his qualifying campaign.

But it was Johnson who took home the win.

After finishing third in the Challenger Series, Johnson will surf the CT next year.

Rookie nerves aside, she should be doing well.

Bryan, Johnson, Simmers, Robinson and Luana Silva all qualified for the first time. After his second place in the CS, Brisa Hennessey is back on the Tour. In a painful stab, Picklum finished tied on points with Silva but narrowly missed the cut, thanks to Silva’s better results. It must be smart.

See you at Pipe Masters!