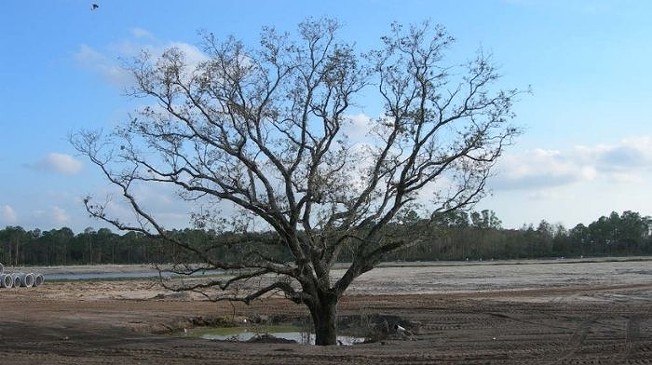 Beware of the zombie (tree) apocalypse of Pittsburgh | News | Pittsburgh

Zombified tree from a grade change

Pittsburgh’s zombie scene is well established, from the staple of George A. Romero’s zombie films to the annual Zombie Fest, but tree growers are concerned about a different kind of zombie lurking among us in Pittsburgh.

Zombie trees are trees that are still standing and appear to be alive but are dead or dangerous in some way. In forests or areas far from humans, zombie trees are not as much of a concern. They have the resources of their natural environment and are unlikely to hurt anyone or damage anything if they fall. But trees in urban or residential areas are at risk of becoming zombies and injuring people or property if they roll over.

â€œThe difference between a tree in an urban-type residential space is that it is much more stressed. They don’t live in the woods with all the leaf debris and all that nice rotting soil, â€says Eric Countryman, District Manager for Davey Tree East Pittsburgh.

Instead of a zombie bite, trees turn into zombies when damaged, although this can happen in a number of ways. A fungus that has gotten inside a tree and caused rot or damage can turn healthy trees into zombies. Summer storms can also cause cracks in branches or trunks that make trees vulnerable.

While zombie trees can be difficult to spot, there are signs that may reveal a zombie tree, or at least indicate the need for further testing. Fungi growing very close to the base of a tree, as well as â€œweepingâ€ or liquid escaping from the tree are signs of damage. Breaks on branches or trunks can be difficult to spot when a tree still has all of its foliage, but in the fall, when trees are shedding their leaves, damage may be easier to find.

If you spot these signs of damage, or if you’re not sure, Countryman says it’s best to call an arborist, because arborists have several tests they can perform and tools they can use to. determine the extent of damage, such as a resistograph, which detects rot and cavities inside trees.

Still, if you keep an eye out for symptoms, Countryman says it’s not too late to save them. As climate change and increasingly severe weather events place more stress on trees, preventative care actions such as fertilizing, pruning, watering, and managing pest problems as they arise. as they occur can help keep trees healthy.

â€œThe best thing you can do is take care of them and keep them well fertilized, to keep the root system strong,â€ Countryman says.