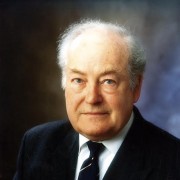 Sir Ray chaired Tindle Newspapers until he was 90 and then served as group chairman, after a career that began in the 1940s.

In a statement, Tindle Newspapers said: “Sir Ray was a man of immense self-confidence and iron determination, as typified by his coat of arms, borne by all his newspapers, with the motto Noli Cedere, which stands translated by Never Surrender.

‘It’s an attitude that successfully steered his empire through six recessions and saw Sir Ray rise from being ‘general dogman’ of the Croydon Times in the post-war years to building a business before in the Sunday Times Rich List.

“Sir Ray attributed much of the company’s success to the fact that it had always remained debt-free.

“It was his pride to boast that every stock he bought or created was completely self-funded. This meant that when economic times got tough, the company didn’t have to worry about paying dividends to shareholders. or be at the mercy of the banks.

Born in 1926, the son of John Robert and Maud Tindle, he was evacuated from London during World War II and educated at Torquay Boys’ Grammar School.

After leaving school, he enlisted in the 1st Battalion Devonshire Regiment, a British Army infantry regiment.

Sir Ray served in the Far East between 1944 and 1947, rising to the rank of captain before acquiring his first newspaper title, the Tooting & Balham Gazette, with his demo payment of £300.

He continued to expand his newspaper empire across the country over the next seven decades.

The Tindle Newspapers statement added: ‘It has always been Tindle’s philosophy that its headlines should be ‘ultra-local’ and it often made it clear to its staff that what it wanted to see in its newspapers were names, places and local faces.

“He strongly believed that local newspapers could provide the in-depth community content that major newspapers and online media could not.”

The publisher became Master of the Worshipful Company of Stationers and Newspaper Makers in 1985 after some 20 years of service on several committees and the court, and was the 1990-91 chairman of the Appeal for the Newspaper Fund newspapers.

Sir Ray was also involved in community organizations and philanthropic activities in Surrey, particularly in the town of Farnham, which he called home in the 1960s.

Two years later he became a Surrey County Deputy Lieutenant and was knighted in 1994.

His wife Lady Tindle, whom he had known since the age of seven and married in 1949, was also appointed MBE in 2008 for her charity work.

He is survived by her, her son Owen, who took over the presidency of Tindle Newspapers from his father five years ago, and her granddaughter Maisy.