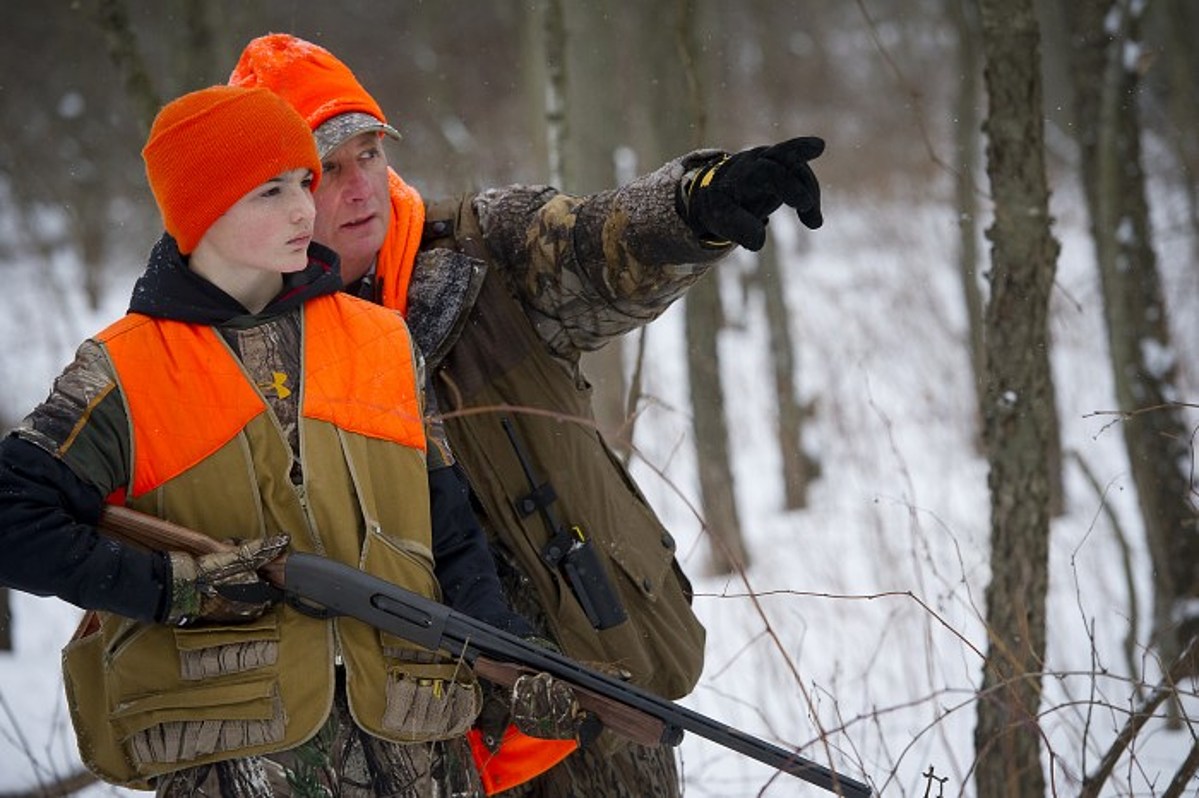 Montana Fish, Wildlife & Parks has sent the equivalent of two permits to thousands of deer and elk hunters, thanks to a glitch in its new computer system. But that’s not the first problem the agency has had with licensing this year.

On July 10, comments began pouring in on a popular online hunting forum that some hunters had received hard copies of their special deer and elk permits in the mail. The problem is that all of the reviewers had opted to get an “E-tag” – a permit that a hunter downloads to their smartphone. FWP requires hunters to choose one or the other, and if you choose an E-tag, you don’t get a paper permit.

Technically, these hunters could now shoot an animal using their paper license and then take another using their electronic tag. Probably not, but the guardians wouldn’t be any the wiser.

Many hunters joked about the ineptitude of FWP’s digital switchover, as the forum thread started on May 2 with complaints that e-tags often didn’t work on Samsung phones. A few commenters said FWP launched the app too quickly while others said they were glad they opted to get paper permits.

On July 12, one of the hunters, using the nickname “Nameless Range”, announced that he had informed FWP of the problem.

“I recommended a letter or a press release letting people now that they don’t actually have two B permits. application, and anyone caught with a paper tag on a creature will be wrong,” the hunter wrote.

Thursday, nine days later, FWP had not notified anyone.

The Missoula Current called FWP spokesman Greg Lemon at 12:06 p.m. Thursday to ask about the issue. Lemon said he would check the problem. At 12:53 p.m., Lemon emailed Missoula Aware saying he was still seeking a response.

“Please don’t post until we’ve had a chance to answer your question,” Lemon wrote.

At 2:59 p.m., Lemon emailed The Current again saying that hunters who shot special deer and elk permits “may also have received a paper tag in the mail. We emailed those who received both and asked them to destroy the paper tag if the E-tag appeared on their MyFWP mobile app.

“We have identified the error that caused this, and it has been fixed. We are in a year of transition from our new licensing system to our 20 year old system. This transition is a slow process, in part because that we need to make both the new system and the old system work during this year of transition,” Lemon wrote.

That’s not the only mistake FWP has made this year regarding licensing.

In April, FWP Director Hank Worsech announced that he had decided to issue 10% more elk permits in 10 eastern Montana hunting districts to compensate for a computer glitch. FWP had required that only hunters who chose these districts as their first and only choice could draw a permit.

FWP told hunters that the computer would prevent them from entering a second or third choice. But some could. Some hunters, including Lewistown hunter Doug Krings, informed FWP of the problem, but were ignored. Then, those who entered more than one pick were kicked out of the draw before it took place.

To make up for that, Worsech said those hunters got a second chance to pull a permit in all 10 districts, even if it exceeded the required permit count.

Resident hunters pointed out that these districts are the same ones where landowners and outfitters complained that FWP was not allowing enough hunting. The computer had no problem in other districts.

Landowners and outfitters in eight of those same districts sell bull hunts on their land to wealthy non-resident hunters, so they don’t want permits restricted by a design. The more blanket licenses they got, the more hunts they could sell.

During last year’s big changes to elk districts and licensing, resident hunters repeatedly protested proposed changes to these eastern Montana districts. At one point, Worsech attempted to limit hunters with permits to public lands while hunters with general tags could hunt on private lands. This could have allowed landowners to sell bull hunts on their land while licensed resident hunters were stuck on small pieces of public land. Public outcry forced Worsech to withdraw this proposal.

Then FWP made a mistake on the website by posting the wrong start date for the turkey season after the FWP commissioners pushed the date back a week. Hunters who reported people shooting turkeys early were told that FWP would not cite anyone because of the error.

Then, on June 1, FWP revealed that it had accidentally mailed 1,200 deer and elk licenses to non-residents who were unsuccessful in their applications. FWP requested that non-resident hunters voluntarily surrender permits. But again, the guardians will not be the wisest.

FWP made a big deal of its redesigned website which rolled out shortly after the 2020 election. It also touted its Montana MyFWP app, which rolled out in late February. It went live on March 1 because it was the start of the 2022 license year. least not yet.

The new app is part of a $10 million upgrade to FWP’s licensing system authorized by the Legislative Assembly in 2019. In March, the Helena Independent Record reported that FWP said an 18-year contract million dollars for the overhaul of the agency’s business systems had been awarded to Deloitte in the context of a competition. bidding process. The company reportedly built much of the lineup from scratch.

Some hunters wonder why systems designed by Deloitte for other states haven’t had the problems that FWP has had with its licensing designs. Seeking an explanation, they note that attorney Mark Taylor of the Helena-based Taylor-Luther Group represents Deloitte Consulting. But he’s also the lobbyist for the Montana Outfitters and Guides Association and represents the Wilks Brothers, who own a ranch in one of eight disputed elk hunting districts.

In addition to the Wilks brothers, Taylor has worked with Worsech and Deputy Director Dustin Temple, a former FWP chief technology officer, to obtain special landowner permits for half a dozen other residents and nonresidents who own large Montana ranches, according to Outdoor Life.

In a July 10 op-ed, Krings expressed disappointment with FWP’s systems and direction.

“Mistakes happen. But one mistake after another, like what we have seen this year, and the failure of the FWP to remedy the situation and enforce legal hunting regulations is inexcusable,” Krings wrote.