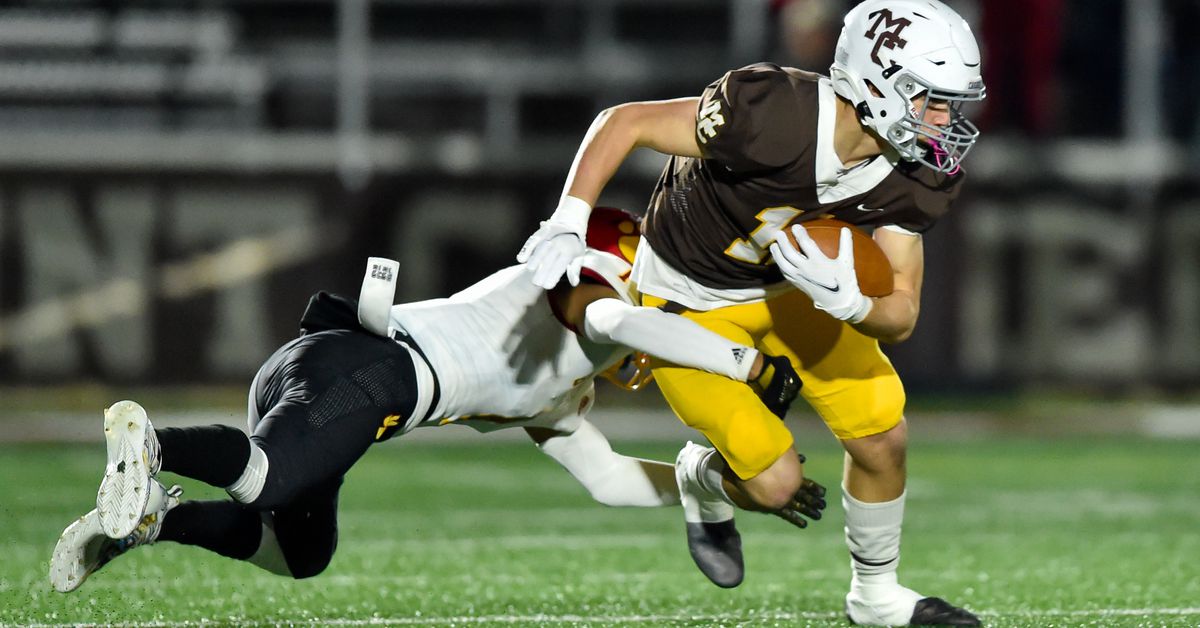 Mount Carmel’s win over Batavia on Friday ended in an untimely delay with the Bulldogs leading by four.

Batavia was called up for pass interference in the final game as time went on, giving Mount Carmel one more chance to win. Junior Dennis Furlong ran nine yards into the end zone to give the Caravan a 16-14 victory.

There was another pass interference call on Batavia during Mount Carmel’s last practice and several hold calls on the Bulldogs during the game. Social media lit up in anger after the final buzzer and fans looked at snippets of the pass interference penalties.

“It was just like we were playing against two teams,” said Batavia coach Dennis Piron. “I’ve never seen this in my life. I’m not the type to say things like that. I cannot make these children feel better. It is not the loss. I don’t mind losing games. It’s going to look horrible in the paper tomorrow, but whatever.

Losing your season unbeaten and a playoff game on a time out after a penalty kick is tough. It’s just a hard way to make it all suddenly end. It’s understandable that Batavia players, coaches and fans struggled to accept this initially.

Hope this is over. The team of officials did their best. I didn’t see anything abnormal during the match. I thought the end game was clearly passing interference after watching it a few times.

I was standing about three feet behind the end zone on Friday at Mount Carmel and the pass interference play happened so quickly I had no idea what the call was to start. This is how officials are connected. They make decisions in a fraction of a second, usually correctly.

Chicago Public Schools, which have qualified a record 24 teams for the state playoffs, have just one left. Morgan Park and Clark lost some unbalanced matches in the second round. Phillips beat Kewanee 48-21 and will host undefeated Richmond-Burton in the quarterfinals.

Earlier this week, I spoke with Morgan Park coach Chris James. He touched on the subject of public league schools forming football cooperatives. This is a regular practice statewide, but it has only been used sparingly in the CPS.

“My dream is for CPS to cooperate with certain teams,” said James. “I wouldn’t mind combining with Julian. They are just down the street. They have a rich footballing tradition, but maybe 20 kids are on the program right now. We could combine the coaching staff and the funds. I think that makes sense.

It makes a lot of sense and it is the best way forward for public league football.

St. Patrick beat Rochelle 21-14 on the road Friday to advance to the quarterfinals in Class 5A. This is the first time the Shamrocks have reached quarterfinals, they had failed in five previous attempts.

“It was just amazing,” Goworowski said on the school’s website. “My O line gave me the holes and I went through them. As a rookie, I knew this team could be special.

There are several good quarterfinals, but a lot of the big names in Class 8A were knocked out in the second round. Class 7A has a monster showdown: Mount Carmel at Brother Rice. The Crusaders defeated the Caravan 43-36 on the road in October.