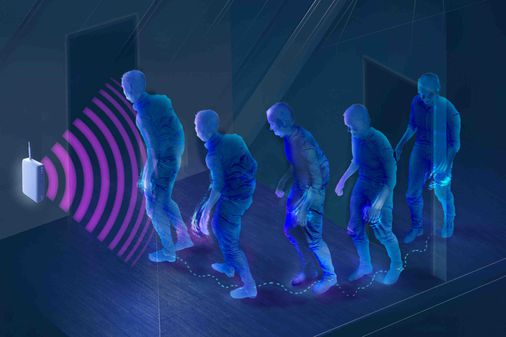 Engineers at the Massachusetts Institute of Technology recently unveiled a radar-like device that could test people for signs of Parkinson’s disease while they sleep. Now they say the same system can monitor Parkinson’s patients in a different way, by tracking their walk.

“We know very little about the brain and its diseases,” said Dina Katabi, an MIT electrical engineering professor who led the project. “My goal is to develop non-invasive tools that provide new insights into brain function and disease.”

The system developed by Katabi and his colleagues, Yingcheng Liu and Guo Zhang, uses a radio transceiver that can be installed in a person’s home. The device broadcasts a much weaker signal than a typical home Wi-Fi router. The signal can pass through walls but is reflected by water in the human body. The receiver picks up the reflected signal like a radar system and continuously monitors human movements.

Get the pace of innovation

The Boston Globe’s tech reporters tell the story of the region’s technology and innovation industry, highlighting key players, trends and their importance.

According to a paper published Wednesday in Science Translational Medicine, Katabi and his colleagues tested the system for a year on 50 people, including 34 with Parkinson’s disease. The receiver collected 200,000 observations. By analyzing the data, they were able to distinguish between test subjects who had the disease and those who did not.

More importantly, they were able to measure the effectiveness of Levodopa, a drug intended to control the symptoms of the disease. For example, patients’ walking speed reportedly tends to improve for a while after taking the drug and then deteriorate as the effects wear off.

How soon could such a system be deployed? Katabi said it would not require US Food and Drug Administration approval because the system only collects data.

“The device doesn’t make medical decisions, only measurements,” she said. “In principle, this should be possible very soon.”

The changing role of information technology in education