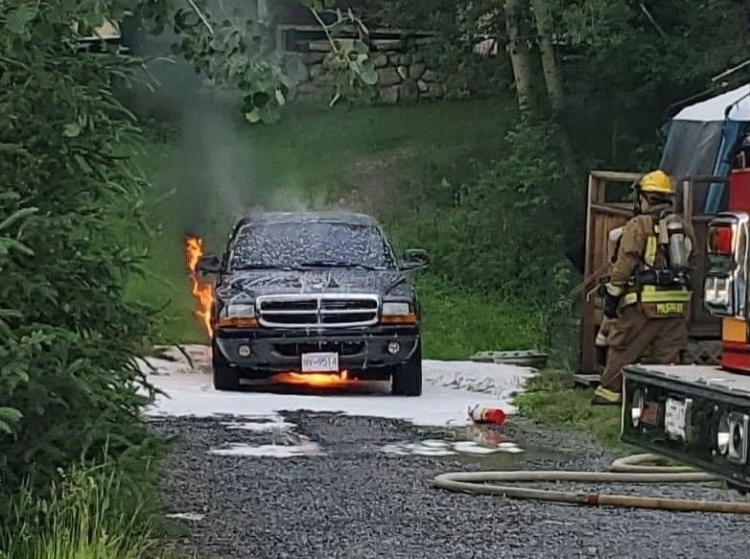 Officers from the Kenora Ontario Provincial Police and Kenora Fire and Emergency Department are investigating a number of possible arson attacks that took place across the community last night.

Reported fires include a newspaper box, crossing guard, dumpster, tree and van, with other possible fires yet to be discovered.

KFS Deputy Fire Chief Dave Pratt said crews were working alongside the OPP to determine if these incidents could be linked, and provided more information to Q104 and KenoraOnline about the vehicle fire. this morning.

“There was a truck on fire in a driveway off Highway 17 around 6:30 a.m. or so. It was the platform of the truck that was at fault. I believe it was filled with paper and debris,” said Pratt, who notes that Pellatt crews were also on the scene. “This fire was extinguished without incident. It did not enter the structure.

The incidents come on the same day that the Hungry Pug Cafe on Second Street South, along with a few apartment buildings above it, were set on fire. The call was originally reported as a dumpster fire at KFS shortly after 2 a.m. early Tuesday morning, and the building is now a “total loss.”

The OPP says they are continuing to investigate a small fire that was reported Sunday in Garrow Park.

9 Apps You Can Use Instead of Apple’s Health App