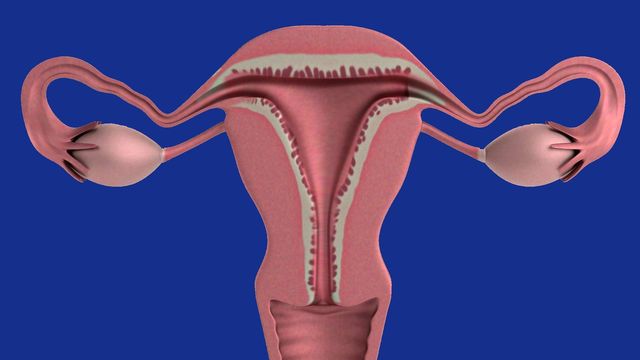 Ovarian cancer kills 14,000 women in the United States each year. It’s the fifth leading cause of cancer death in women, and it’s so deadly, in part because the disease is hard to catch in its early stages. Often patients do not show symptoms until the cancer has started to spread, and there are no reliable screening tests for early detection.

A team of researchers is working to change that. The group includes researchers from Memorial Sloan Kettering Cancer Center, Weill Cornell Medicine, University of Maryland, National Institutes of Standards and Technology and Lehigh University.

The first article appeared in Scientists progress in November.

Jagota, who is also associate dean of research at Lehigh’s College of Health, and Yang are members of Lehigh’s Nano | Human Interfaces Presidential Initiative, a multidisciplinary research initiative that aims to change the way we work with data and the sophisticated instruments of scientific discovery.

Traditionally, the detection of disease biomarkers requires a molecular recognition molecule such as an antibody to associate with each marker. But for ovarian cancer, there isn’t a single biomarker – or analyte – that indicates the presence of cancer. When multiple analytes need to be measured in a given sample, which can increase the accuracy of a test, more antibodies are needed, increasing test cost and turnaround time.

“Perception-based sensing works like the human brain,” says Yang. “The system consists of a sensing network that captures a certain characteristic of the analytes in a specific way, and then the overall network response is analyzed by the computational perceptual model. It can detect multiple analytes at once, which makes it much more efficient.

For this particular study, the network was composed of single-walled carbon nanotubes wrapped in strands of DNA. The way DNA was wrapped and the variety of DNA sequences used created a diversity of surfaces on the nanotubes. The various surfaces, in turn, attracted a range of proteins in a uterine wash sample spiked with different levels of ovarian cancer biomarkers.

“Carbon nanotubes have interesting electronic properties,” says Heller. “If you shoot them, they emit a different colored light, and the color and intensity of that light can change depending on what is sticking to the nanotube. We were able to exploit the complexity of so many potential binding interactions using a range of nanotubes with various packaging. And that gave us a range of different sensors that could all detect slightly different things, and it turned out that they reacted differently to different proteins.

The machine learning algorithm was trained using data from the nanotube emission – the spectral signatures – to recognize the emission pattern that signaled the presence and concentration of each biomarker.

“The mental breakthrough here is that these nanotubes are non-specific sensors,” says Jagota. “They don’t know anything about biomarkers, which means they’re not programmed to bind to anything specific. All we know is that they can be exposed to an aqueous medium, and anything they are exposed to in that medium will produce spectral shifts and amplitude changes. And by using a combination of these sensors, we were able to train the algorithm to mathematically transform these inputs into outputs with great precision. It’s like having 20 pairs of eyes that all see overlapping things. No eye is as good, but as a collection they can be trained to outperform existing ovarian cancer detection methods.

The second article appeared in March in Nature Biomedical Engineering and included the work of many of the same researchers. Additionally, the authors included YuHuang Wang, a professor in the Department of Chemistry and Biochemistry at the University of Maryland, and Mijin Kim, a postdoctoral research associate at Memorial Sloan Kettering Cancer Center, who was the study’s lead author.

These patients without ovarian cancer included both healthy people and people with other diseases.

In this study, the nanotubes were functionalized with quantum defects, which essentially increased the diversity of responses that the nanotubes would provide.

“The nanotubes were bound to a certain molecule that gave it an additional signal in terms of data,” says Jagota. “Richer data came from each nanotube-DNA combination. And the model was trained not on the biomarker, but on the disease state.

The model developed a “disease fingerprint” from the spectral emissions of the nanotubes. The results were statistically significant in terms of model specificity in detecting ovarian cancer and sensitivity in detecting known and unknown biomarkers of the disease.

Heller says an analogy for how the machine learning model works — in both articles — is the human nose. For example, there is no single smell receptor for each smell.

“Instead, there are a bunch of different smell receptors that bind to certain molecules and create a pattern or some kind of fingerprint,” he says. “And that pattern is processed by your brain, which in turn tells you what you’re feeling. So here there is not a particular sensor that responds to a particular thing. But, based on the pattern of different sensors responding to various changes in color and wavelength intensity, the algorithm is able to interpret what is a biomarker and what is not, or what what is a disease and what is not.

The team has shown that their technique can detect ovarian cancer better than current methods, but they cannot yet identify the early stages of the disease. Partly, says Heller, the problem is finding enough samples to train the algorithm because so few people are being diagnosed at those times.

“We’re looking at how we can actually detect this disease as early as possible,” he says.

Next steps could also include branching out to develop the technique for a range of diseases and determining whether it can be optimized to work in clinical conditions, Jagota says.

“And it’s a technique that can be applied in a range of fields,” he says. “We focus on health, but this could be used to identify pollutants in the air, for example. There’s the potential to tackle many different diseases and conditions, and I find that fascinating.