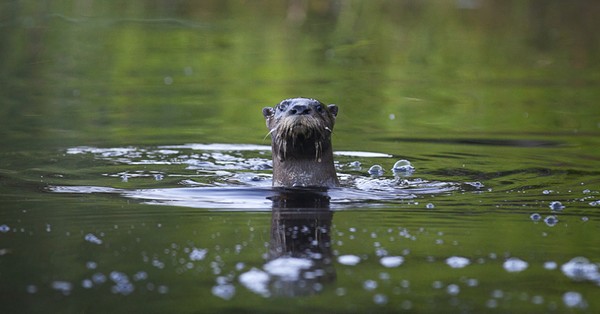 A University of Windsor student recently filmed an extraordinary sight while strolling near the Ambassador Bridge.

“A river otter straight in the Detroit River!” Eric Ste Marie says in the footage, taken April 25 and posted to Facebook two days later. “Have you ever heard of something so controversial?

He added: “It’s the last thing I expected.”

While semi-aquatic mammals were once a common sight in Michigan, they were heavily hunted along with beavers during the fur trade of the 1800s. By the start of the 20th century, they were largely eradicated from the Detroit River , according to Great Lakes Now.

The Ohio Department of Natural Resources began reintroducing otters in 1986, and the species has spread westward. In 2019, they were spotted at Point Pelee National Park in Ontario, the first time they had been seen there since 1918.

The April 25 Ste Marie sighting was the first photographic evidence of an otter in the Detroit River in years, according to Great Lakes Now.

Environmentalists see the sighting as a sign of hope that the river is healing from industrial-age pollution.

Beavers have also made a comeback in the Detroit River, appearing on Belle Isle for the first time in a century about a decade ago. Earlier this year, the Michigan Department of Natural Resources killed four beavers living along the river in an effort to control the population.