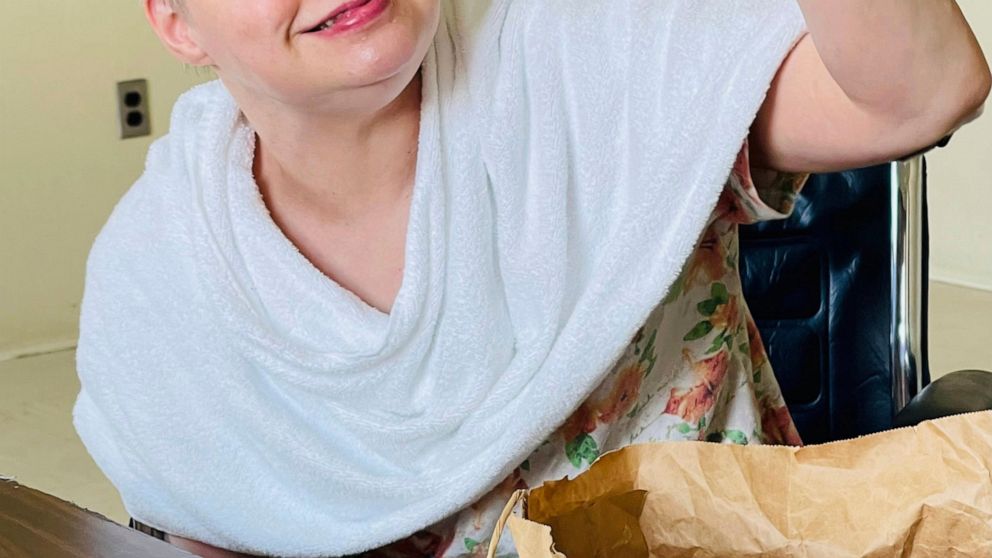 Cheryl Yewdall has spent most of her life in a Philadelphia retirement home for people with developmental disabilities. It was there, on January 26, that the 50-year-old woman was found face down in a pool of urine, suffocating on a large wad of paper that had been shoved down her throat.

No one in authority has said how a 6 or 7 inch paper towel or disinfectant wipe ended up in the trachea of ​​a woman with cerebral palsy and profound intellectual disabilities. The medical examiner’s office said it could not determine the circumstances of Yewdall’s death and a police investigation resulted in no arrests.

But a lawyer for Yewdall’s mother, in a new wrongful death lawsuit, casts suspicion on an unidentified staff member at Merakey Woodhaven – and suggests Yewdall herself left a disturbing clue about how she was treated to the place she’s called home for four decades.

“She was so sweet and innocent and helpless, and she relied on them to care for her, love her and be safe,” Yewdall’s mother, Christine Civatte, said in a phone interview. “I just thought they would protect her.”

In a written statement to The Associated Press, Merakey said he “denies all responsibility” for Yewdall’s death, which he called a “serious and tragic incident.” The organization said it cooperated with state and local investigations.

“She was a valued member of the Merakey community, and we were honored to have her in our care for more than 40 years,” said Merakey, a provider of developmental, behavioral health and education services with nearly of 700 sites nationwide.

Born three months premature, Cheryl Yewdall went to live in Woodhaven as a child. She loved nursery rhymes, doo-wop music and especially Buddy Holly’s “Peggy Sue” – every time her mother put her on, Yewdall would smile, clap her hands and rock back and forth in her wheelchair.

Christine Civatte said she thought everything was fine.

And in a separate incident, from September 2021, Yewdall allegedly suffered a black eye and a swollen cheek, which Woodhaven attributed to a fall, according to the lawsuit.

Yewdall, who had limited verbal skills, often repeated words and phrases she heard other people say, a condition called echolalia. One day, his sister asked him to say, “Hi Dad”.

Yewdall’s response, recorded by his sister on an iPhone, was chilling.

The clear implication, according to James Pepper, the lawyer for Yewdall’s mother, was that she was merely repeating what she had heard at Woodhaven.

“Cheryl’s account of what she heard previously and the undisputed facts of what happened to her during that one-year period (prior to her death) are consistent,” said Pepper, who included a transcript of statements from Yewdall to his sister in the lawsuit.

The Pennsylvania Department of Health threatened to terminate Woodhaven’s license after Yewdall’s death. In their review, regulators also found that the care home denied prompt emergency treatment to another resident who suffered a hip fracture and failed to protect two residents with pica, a diet in which someone consumes things that are not food, according to a state report.

The report showed that “Merakey did not have effective policies in place to prevent its residents from engaging in pica behavior,” Civatte’s lawsuit said.

Although other Woodhaven residents have struggled with pica, Pepper said, he doesn’t believe Yewdall inserted a large disinfectant wipe into his own trachea. She had a normal gag reflex and no history of pica, according to Woodhaven records reviewed by the Department of Health.

“Nobody with a gag reflex within normal limits could have put a cleansing wipe…in their trachea,” Pepper said.

Instead, the lawsuit blames someone in Woodhaven.

Philadelphia police did not respond to multiple requests for comment. The state attorney general’s office, which has jurisdiction over criminal negligence in nursing homes, declined to comment.

The state health department returned to Woodhaven on September 6 and lifted the nursing home’s termination notice, finding it had made “significant progress” in resolving the issues.

Woodhaven sent condolences to Civatte after her daughter’s death, but offered no information on how and why it happened, Civatte said. The staff invited her to collect Cheryl’s belongings: six jars of clothes, toys, dolls.

Civatte said she was still looking for answers.

“I need to know everything that happened. Every moment,” Civatte said. “I have to find out who found her. I need to know who did this.