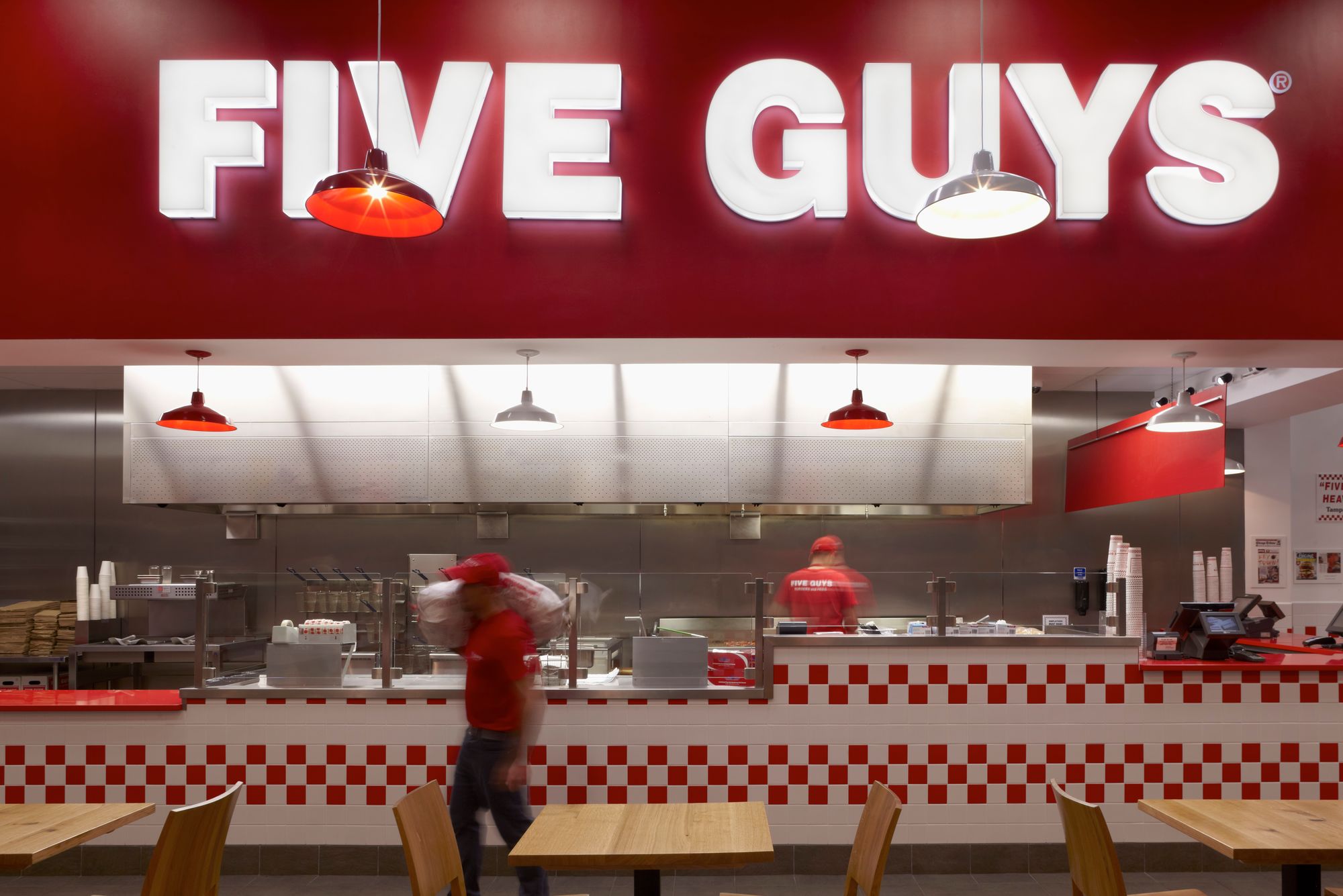 The UK and European division of global burger brand Five Guys had already started implementing a new mobile app-based corporate intranet when COVID-19 hit in early 2020. Fortunately, the intranet – marked for staff in the company’s red and white tile livened up as ‘Chatty Patty’ – both helped connect staff back then, but have proven themselves on a daily basis since, according to its internal communications manager London-based Bastian Bauermeister.

There are other “Five Guys” restaurants that are franchised, but this company is the entity Baumeister and the rest of his operating colleagues work for.

Only 1% of the team has a corporate email address

As indicated, the decision to have an electronic communication system for staff had been taken before the onset of the pandemic, and the supplier Oak Engage had been selected. Baumeister explained that as a new company, the culture has always been “very start-up”, with an attitude of “coming up with ideas and implementing them quickly”. The nature of the work and the workforce also implied a less corporate approach to HR. Baumeister said:

We have people on all kinds of different hours: our stores open 11 a.m. to 11 a.m. on average and we come from 6 a.m. to 7 a.m. to prepare the food, because that’s what the brand stands for – that’s it. fresh made that morning. We also clean all the equipment late at night, so a lot of teams will finish by 2 a.m. And 99% of our workforce does not have a computer or something like an “office”.

Although still small in Europe, this approach has worked well, he said. But as the business grew, he began to see communication gaps in this approach and knew there were potential issues ahead. He added:

It was difficult for people to access the information because after your GM told you something other than the paper on the notice boards, there was no way to re-check that message or to have a page where everything was in one place. In addition, there was no way to communicate directly with the people under the role of CEO; every store has a desktop computer, and every store has an email address, and every general manager has their email address.

Much of the information landed on that PC or the GM’s email address, but then it was up to them to let their team know and make sure they all got the same message they were in. this email. So there were limits to the way we communicated things on the pitch – we weren’t good at talking to everyone who worked on the grill in Covent Garden, in essence.

The team members working at this grill also tend to be a young workforce, and Baumeister noted that they tend to use their cellphones for everything. As such, a desktop system would not work (although a version of Google Drive for managers remains in place). The management perspective was that an app would be familiar and require little to no training – which was found to be true, as adoption was very high after deployment.

Accordingly, to facilitate the transmission of company messages, training materials, but also payslips and other important personnel information to coworkers without an office, Chatty Patty was designed. Sadly, Five Guys was still in the middle of the testing period when the pandemic began. However, the crisis sped up the implementation of a lite version that staff could easily download to their mobiles to keep them informed of all developments at Five Guys during the first UK lockdown.

It really mattered to the team and the joint venture itself, said Bauermeister:

One of our values ​​is that we are one big family, and part of being a family reaches out to everyone. And if you can’t do that it becomes quite difficult to show that you are there to take care of our people.

Since the situation stabilized, the platform has been extended to add more original specifications. A key part of this feature is a short monthly podcast (5 minutes) from the CEO of the joint venture, along with a weekly operations update written on Mondays for everyone in the company: from crew members to to senior management. Another feature is a bi-monthly newspaper called The Extra Scoop, which includes staff news on promotions, big accomplishments, new store openings, and other snippets.

However, the news is only part of what Baumeister is trying to get out with its app intranet:

We want to tell the grill she’s doing a great job, keep doing what you’re doing, but we also want to encourage her to access our great training materials. We have a program called “the more you learn, the more you earn,” and we really want people to master a station and then go on to be a cashier, say, or a quality controller. So, there is a set job progression for Five Guys that you can follow, but you need to have access to the right tools and training to do it. Now “Chatty Patty” is how we help you do that.

Charged under the Prohibition Act, the head of the Gujarat AAP detained; gets a deposit