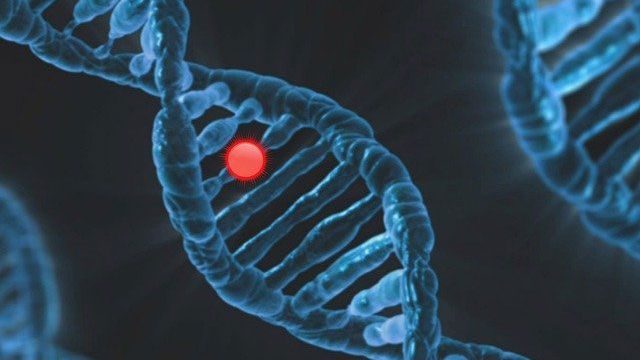 The road to cancer prevention is long and arduous for legions of researchers, but new work by Rice University scientists shows there can be shortcuts.

Rice chemist Anatoly Kolomeisky, lead author and postdoctoral researcher Hamid Teimouri, and research assistant Cade Spaulding are developing a theoretical framework to explain how cancers caused by more than one genetic mutation can be more easily identified and possibly arrested.

Essentially, it does this by identifying and ignoring transitional pathways that don’t contribute much to fixing mutations in a cell that continues to establish a tumor.

A study in the Biophysical Journal describes their analysis of efficient energy landscapes of cellular transformation pathways involved in a variety of cancers. The ability to limit the number of pathways to the few most likely to trigger cancer could help find ways to stop the process before it really begins.

“In a sense, cancer is a bad luck story,” said Kolomeisky, a professor of chemistry and chemical and biomolecular engineering. “We think we can reduce the likelihood of this bad luck by looking for collections of low-probability mutations that typically lead to cancer. Depending on the type of cancer, this can vary between two mutations and 10.”

Calculating the effective energies that dictate interactions in biomolecular systems can predict their behavior. The theory is commonly used to predict how a protein will fold, based on the sequence of its constituent atoms and how they interact.

The Rice team applies the same principle to cancer initiation pathways that operate in cells but sometimes carry mutations missed by the body’s protections. When two or more of these mutations are fixed in a cell, they are carried over as cells divide and tumors grow.

According to their calculations, the odds favor the most dominant pathways, those that transport mutations while expending the least energy, Kolomeisky said.

“Instead of looking at all possible chemical reactions, we identify the few that we might need to look at,” he explained. “It seems to us that most of the tissues involved in the initiation of cancer try to be as homogeneous as possible. The rule is that a pathway that decreases heterogeneity will always be the fastest on the pathway to tumor formation.

The large number of possible pathways seems to make their reduction an insoluble problem. “But it turned out that using our chemical intuition and building an effective free-energy landscape helped us by allowing us to calculate where in the process a mutation is likely to attach itself in a cell,” Kolomeisky said.

Much of the credit goes to Spaulding, who, under Teimouri’s guidance, created the algorithms that greatly simplify the calculations. The visiting research assistant was 12 when he first met Kolomeisky for advice. A graduate of a Houston high school two years early, he joined the Rice Lab last year at age 16 and will attend Trinity University in San Antonio this fall.

“Cade has exceptional ability in computer programming and in implementing sophisticated algorithms despite his very young age,” Kolomeisky said. “He offered the most efficient Monte Carlo simulations to test our theory, where the system size can involve up to a billion cells.”

Spaulding said the project brought together chemistry, physics and biology in a way that suited his interests, as well as his computer programming skills. “It was a good way to combine all branches of science and also programming, which I find most interesting,” he said.

The study follows a 2019 paper in which the Rice lab modeled stochastic (random) processes to understand why some cancer cells overcome the body’s defenses and trigger the spread of disease.

But understanding how these cells become cancerous in the first place could help avoid them on the cervix, Kolomeisky said. “This has implications for personalized medicine,” he said. “If a tissue test can detect mutations, our framework can tell you if you are likely to develop a tumor and if you need more frequent checkups. I think this powerful framework can be a prevention tool.