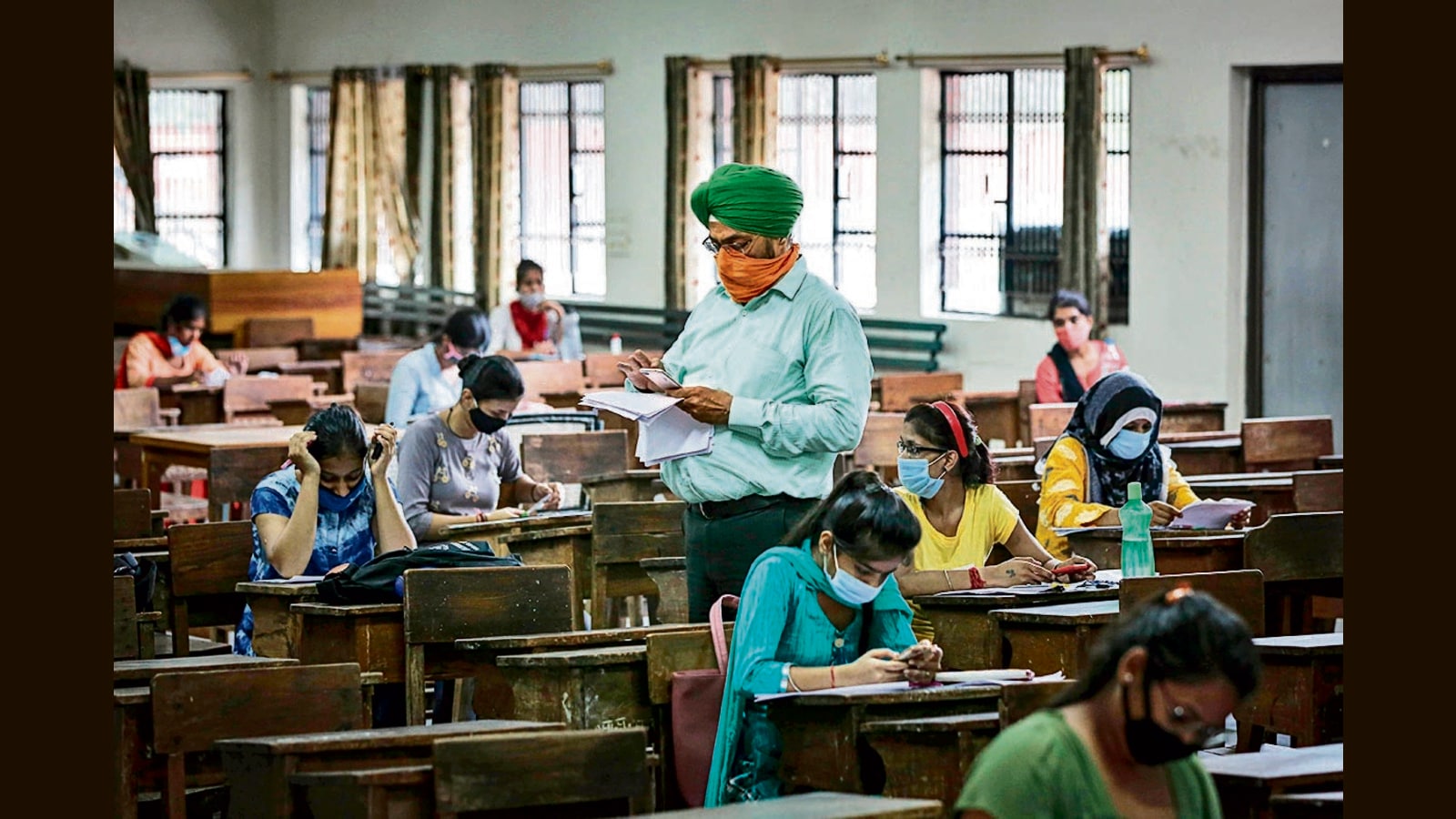 Covid-19 cases in Delhi are on the rise again, which has further fueled the existing demand from Delhi University (DU) students for online open book (OBE) exams. Citing issues such as fear for their health and lack of practice with paper and pen exams, the youngsters bemoan the university’s tough stance on offline exams.

“I received an email from the university which stated, ‘Failing to complete the exam form within a given time frame could cost you a year’, implying that nothing will change even with the increase in cases of Covid-19,” says Vishwas Saxena, a final year BA (Hons) Economics student at Rajdhani College. He adds: “For most subjects, 70-90% of the curriculum was covered online… But after physical classes resumed, teachers started revising the curriculum in much more detail. It created anxiety… It’s unfair.

Apart from the fear of infection, Adesh Kumar, a distant student from the School of Open Learning, has other concerns against offline exams. “We don’t have any study materials yet because most of the courses are online. There is no proper guidance from the DU regarding exam preparation. And the PG rent has been increased by about 100%. It is very difficult to move to Delhi in a short time,” he laments.

And Prashant Tyagi, a zoology student at Hansraj College, says he feels “unnecessary pressure”: “The reopening of colleges has been so sudden… No one is mentally ready for offline exams.”

“Everyone is scared of the increase in Covid-19 cases,” says Jayantika Rawat, a second-year political science (Hons) student at Ramjas College. Tanushka Dev Chanyal, another sophomore at the same college, shares, “Some of our semester classes are not finished yet. The very idea of ​​having offline exams feels wrong so quickly. In addition, there is a shortage of study materials.

(With contributions from Angela Paljor)

Anticipate the behavior of others on the road | MIT News