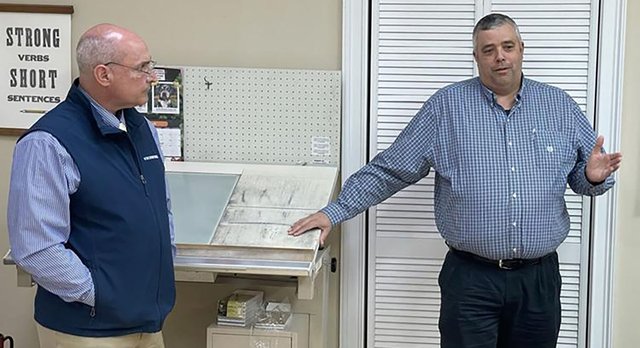 MONROE, Georgia. — The Walton Tribune will be making changes to its newsroom leadership over the next few weeks.

David Clemons, editor and publisher of The Tribune since 2018, will leave the newspaper in early April to pursue new opportunities.

Patrick Graham, the owner of the newspaper, announced the former Covington News Sports editor Chris Bridges will be the next editor of The Tribune. Bridges has been a sportswriter since January and was previously editor of the Barrow Journal, and previously served as a sportswriter for The Tribune, The Covington News and other North Georgia newspapers.

Graham and Bridges are looking for a new sportswriter.

“I loved my time in Walton County and my association with The Tribune,” Clemons said. “But it’s time for me to take on new challenges.”

Clemons came to Monroe in 2009 as publisher of The Tribune while at Southern Newspapers Inc. He served for two years before SNI moved him to a sister publication, then returned in 2015 as editor after Graham bought the paper.

Clemons became publisher of The Covington News when Graham bought that paper in 2017 and moved back to Monroe a year later.

“I’ve known David since he was a teenager and have watched him grow as a person and a journalist for over 20 years now,” Graham said. “This growth has prepared him well for the next chapter of his career and I wish him nothing but the best as he charts this course moving forward.”

Under the leadership of Graham and Clemons, The Tribune is on a five-year streak of winning first place in the prestigious Georgia Press Association Better Newspaper Contest Overall Achievement Award.

Bridges, a Monticello native, returned to The Tribune earlier this year after longtime sportswriter Brett Fowler accepted a position with the Walton County Chamber of Commerce.

“It was great to be back at The Tribune,” Bridges said. “I believe this is the best community newspaper in the state and I look forward to continuing the high standard David has established during his tenures here.

“I had big shoes to fill for Brett Fowler with the sports section of the newspaper and these shoes are also huge to replace David. I look forward to the challenge and working with our talented press room which includes Stephen Milligan and Denise Etheridge I am also grateful for the opportunities presented by our owner, Patrick Graham.

Graham said: “David has done an outstanding job for this newspaper and this community over his many years at the Walton Tribune. He leaves some very big shoes to fill based on his consistent, award-winning performance, but we’re confident Chris will be able to live up to the standard David helped set for the newspaper. Our readers and advertisers will not and should not accept anything less.