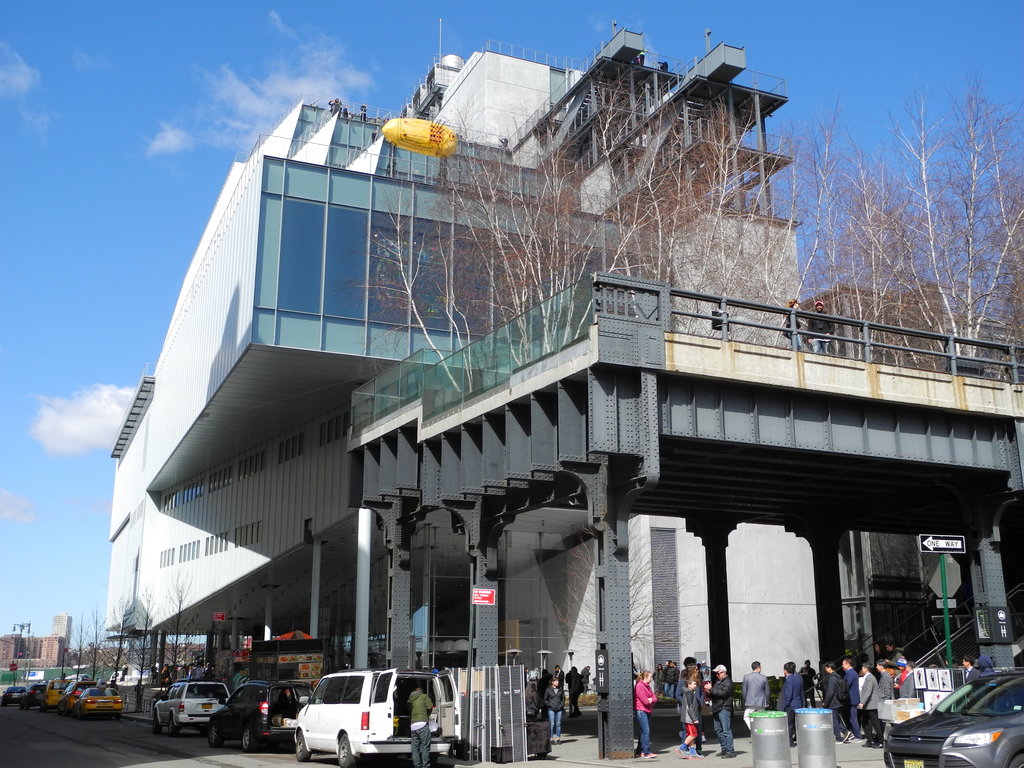 To get Morning Links delivered to your inbox every weekday, sign up for our Breakfast with ARTnews newsletter.

THE BIG SHOW. After a pandemic-induced delay, the Whitney Biennial arrived in New York, with the work of 63 participants. Organized by David Breslin and Adrian Edwardsit is a “tender, low-key survey of the American art scene as it currently stands, which also acts as a way of dealing with the grief of the past two years”. Alex Greenberg written in ART news. Meanwhile, Maximiliano Duron has selected 12 key works of the exhibition, in Alfredo Jaar, Rayyane Tabet, and more. The biennial opens to the public on April 6. Want more from the show? ART news has a deep dive on its artist list and an interview between Edwards and Legacy Russellthe director of the Food At New York.

THE MARKETPLACE. Amid the ongoing war in Ukraine, the German auction house Ketterer Kunst cut off its Russian customers, according to the art diary. “In order to take a stand against the war, we have also decided to completely stop doing business with Russia,” said the company owner, Robert Ketterer, told the newspaper. Other auction houses have also reportedly taken action to ban some Russian customers, and compliance departments are monitoring sanctions. Meanwhile, an anti-war Banksy print sold for approximately $106,505 across the MyArtBroker platform, and these profits will go to the Ohmatdyt Children’s Hospital in Kyiv, the Washington Post reports. The donor of the work and its purchaser remain anonymous.

The architect and free-thinking theorist Christopher Alexander1977 co-author A Model Language: Cities, Buildings, Constructiondied at age 85. An opponent of harsh modern architecture, he once said, “I try to make a building that looks like a smile on a person’s face. [The New York Times]

Musician and sound artist Mira Calixwhose work ranged from DJ sets to a piece for a commuter bus in Nanjing, China, has died aged 51. Calix was the first woman to sign with the legendary Chain label, which said in a statement that it “pushed the boundaries between electronic music, classical music and art in a truly unique way.” [Pitchfork and The Guardian]

the Institute of Digital Archeology said he would take legal action against English Museum for refusing his request to 3D scan the Parthenon marbles that the institution holds. The IDA, which supports the return of these disputed coins to Greece, said it wanted to create a replica of a coin as a “proof of concept”. [The Guardian]

Maurizio Cattelan donated to Milan a sculpture he made in 1994 in response to a bombing the previous year by the Sicilian Mafia that left five people dead. It is now visible at monumental cemetery in the city. [The Art Newspaper]

Under the direction of Ken Wissoker, Duke University Press “has become known as a press that combines scientific rigor with conceptual risk-taking, where high and low art boldly intertwine on principle”, Jennifer Wilson written in a publisher profile. In 2020, the outfit appeared on the ART news List of “decision makers”. [The New Yorker]

Use of Covid-19 recovery funds from the European Union, Italy is preparing a 250 million euro (about $278 million) plan to protect its many historic churches from earthquakes. [The Art Newspaper]

THE SKY HAS ITS LIMIT. It becomes difficult for private jet types. With the rise of PJ travel, aircraft parking is becoming increasingly difficult to find in prime locations, the New York Times reports. Naturally, the developers are moving quickly to build more hangars. But even getting a plane can present challenges. “Every jet for sale in the United States has been purchased,” a charter operator told the newspaper. “It’s just crazy. We now buy planes from all over the world and try to bring them in. » [The New York Times]